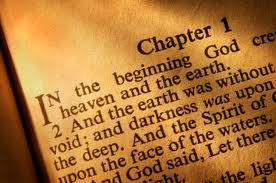 The Bible (from the Greek biblia, meaning “books”) is a collection of 66 books that were inspired by God. These 66 books have more than 40 different authors and were written over a period of approximately 1500 years (from roughly 1400 BC through the end of the first century AD).

Beginning with the creation of the world and focusing especially on the history of ancient Israel, the Old Testament consists of 39 books written mainly in Hebrew (though occasionally in Aramaic): The Pentateuch (five books of Moses), twelve books of historical narrative, five poetical works, and the writings of the Major and Minor Prophets (five books and twelve books, respectively).

The New Testament is primarily about the work and teachings of Jesus (and his earliest followers) and consists of 27 books written in Greek: Four Gospels (Greco-Roman biographies about the life of Jesus), the Book of Acts (a historical account of the early church as the Apostles preached throughout the Roman Empire), 21 letters (or epistles), and the Book of Revelation (an “Apocalyptic” work by the Apostle John).

QUESTIONS ABOUT THE BIBLE