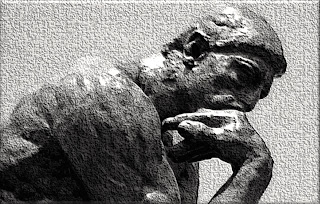 Philosophy is the cultivation of the mind’s love of God. The term “philosophy” is derived from the Greek philosophia, meaning “love of wisdom” (philo, “love” + sophia, “wisdom”). Wisdom is grounded in proper reverence:


Proverbs 9:10—The fear of the LORD is the beginning of wisdom, and knowledge of the Holy One is understanding.

Effects reveal something about their causes, and God is Creator of all that is distinct from himself. Hence, whatever exists apart from God (physical objects, human consciousness, objective moral values, etc.) tells us something about God.


Romans 1:20—For since the creation of the world His invisible attributes, His eternal power and divine nature, have been clearly seen, being understood through what has been made, so that they are without excuse.

In the ancient world, any attempt to understand reality through the use of human reason would have been regarded as philosophy. Accordingly, mathematics, biology, and physics were all once part of the philosophical enterprise. However, as branches of study gather sufficient depth and content, they eventually break away and are considered independent fields of learning.

Four branches of study are still within the domain of philosophy:


Logic. The study of the principles of valid reasoning. Logic is concerned with the form of arguments (especially whether the form entails that true premises will lead to true conclusions), rather than the particular contents of arguments.

Epistemology. The study of knowledge. More precisely, epistemology focuses on (a) the difference between knowledge and mere belief, (b) how one moves from mere belief to true knowledge, and (c) the kind of epistemic justification that is indicative of truth.

Metaphysics. The study of the deep structure of reality—first causes, cosmology, modality (possibility and necessity), the nature of existence, the status of abstract objects (e.g., numbers, kinds, and propositions), etc.

Ethics. The study of moral behavior and moral obligation. Ethics primarily deals with concepts such as “right,” “wrong,” “good,” “bad,” and “ought.”