Rights and Righteousness: The Moral Foundation for Liberty 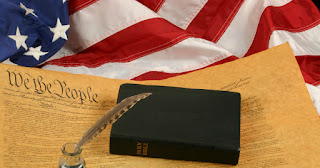 What is freedom? A free society? And how do we produce it?

“Freedom,” according to the prevailing view, must be the unfettered pursuit of pleasure and enjoyment, i.e. the ability to satisfy all your heart’s desires so far as they don’t conflict with the basic rights of anyone else (or at least anyone else with the power to complain and to seek recourse). However, as traditional mores frequently conflict with such a self-serving view of freedom, a free society, it seems, must dismantle itself from all but perhaps the utter minimum of moral convictions. Those who want to produce such a society understand that this begins by breaking down the sources of our moral understanding, which are religion as well as the bonds created by the natural law, bonds which naturally oppose complete selfishness.

These fundamental familial bonds are the divinely-ordered basis for expanding one’s circle of care and compassion beyond oneself. Our connection to family is what leads us to transcend our selfish desires and to ultimately care for the well-being of other people in this world. Yet those “progressives” who promote this notion of moral-less liberty claim to want to make the world a better, fairer place as we all get what we want or as much of what we want as possible without killing and stealing (or without getting caught and punished).

This is why such a concept of freedom bears its own self-destruction. For who and what forms our wants and desires? Is it not the case that much of our impulses are shaped by things beyond our control? If so, then when we thoughtlessly act in accord with these wishes, we are not demonstrating any kind of freedom at all. In the end, we’re merely affirming our enslavement to the whims of our circumstances.

Thus the libertine is nothing but a slave, who dwells in a dismal illusion of liberty. His freedom is so free it flies away, probably to join his long-lost virtue, wherever it has gone. Nevertheless, there is something right in the libertine’s wrong notion of liberty. We could say that this distorted view of freedom, namely acting for the sake of our uninhibited pleasure, is a damaged reflection of the image of God within us. If true freedom is the ability to know, to do, and to be good, then God is the unique Being whose inherent wisdom, power, and righteousness provides the perfect liberty to act according to His desire with mesmerizing consistency. Freedom only exists in the domain of humanity as a divine grace, because only God can make us and our desires good.

This was a truth well-known to the founders of our country. They understood that to be able to guarantee the rights under this revolutionary kind of republic, righteousness is a requisite of the citizenry. Even the most cursory survey of their writings proves their perception that it is the balanced relationship between family, church, and government, which creates a society that promotes Life, Liberty, and the Pursuit of Happiness (not to be confused with hedonism).
For example, Benjamin Franklin, who was more of a deist than a Christian, wrote: “Whereas true religion and good morals are the only solid foundations of public liberty and happiness . . . it is hereby earnestly recommended to the several States to take the most effectual measures for the encouragement thereof.” Rather than removing every vestige of religion from the public square, Franklin wanted religion to be promoted.   Consider this prophetic insight from John Adams:

Statesmen . . . may plan and speculate for Liberty, but it is Religion and Morality alone, which can establish the Principles upon which Freedom can securely stand. The only foundation of a free Constitution is pure Virtue, and if this cannot be inspired into our People in a greater Measure than they have it now, They may change their Rulers and the forms of Government, but they will not obtain a lasting Liberty. They will only exchange Tyrants and Tyrannies.


These men and their fellow architects of our constitutional republic understood that a country of free, thriving people is not imposed, top-down fashion, via government and laws that enforce acceptable behavior, but rather by virtuous people who promote the sort of government which guarantees rights to various freedoms, such as the freedom of speech, of the press, of assembly, of religion, to petition, to bear arms, etc. As Samuel Adams, American Revolutionary and organizer of the Boston Tea Party, observed:

Neither the wisest constitution nor the wisest laws will secure the liberty and happiness of a people whose manners are universally corrupt. He therefore is the truest friend to the liberty of his country who tries most to promote its virtue, and who, so far as his power and influence extend, will not suffer a man to be chosen into any office of power and trust who is not a wise and virtuous man.


Laws are meaningless without a populace that is virtuous, because, as John Adams points out:

We have no government, armed with power, capable of contending with human passions, unbridled by morality and religion. Avarice, ambition, revenge and licentiousness would break the strongest cords of our Constitution, as a whale goes through a net. Our Constitution was made only for a moral and religious people. It is wholly inadequate to the government of any other.


To have a free society, we need moral people. However, a government cannot produce morality in people; it can only guide those who already have it. God alone is the ground of all goodness, and goodness is the only consistent path towards liberty; hence, only within the will of God do we find perfect freedom. As Christians, we know that it was the Lord’s will for the Son to become flesh, to die, and to miraculously rise from the grave in order to reveal in human form the image of the invisible God, full of grace and truth. Our primary duty is to have a relationship with God, to love Him first and foremost. From this relationship flows the capacity to love our neighbors as ourselves.

In a rightly ordered State, the church ministers to us, reminding us of our values and providing accountability for one’s mastery and measure of virtue. Within this framework of fellowship, the gracious action of the Holy Spirit, and the working out of our own salvation through personal discipline, we become increasingly moral individuals, capable of self-rule. A government of such people, for such people, and by such people will establish just laws and select wise, virtuous leadership, thus producing a society with Liberty and Justice for all. If we would have freedom rather than tyranny in this land, then we must continue to contend for the faith that was once for all delivered to the saints.
Posted by Unknown at 11:10 AM