In 1 Peter 3:15, Christians are commanded: "In your hearts revere Christ as Lord. Always be prepared to give an answer to everyone who asks you to give the reason for the hope that you have. But do this with gentleness and respect." From the Greek word for "give an answer" comes the word "apologetics."

Christians are commanded to be apologists. But how do we go about this? In this video, seven experienced Christian apologists (Douglas Groothuis, Gary Habermas, Craig Hazen, Mike Licona, Nabeel Qureshi, Mary Jo Sharp, and Frank Turek) share their thoughts.

Email ThisBlogThis!Share to TwitterShare to FacebookShare to Pinterest
Labels: Apologetics

In this short video, Dr. Craig Blomberg shares the details we learn about Jesus from non-Christian sources.

Posted by David Wood at 4:59 PM No comments:

Are humans the accidental products of a blind and uncaring universe? Or are they the beneficiaries of a cosmic order that was planned beforehand to help them flourish? The Privileged Species is a 33-minute documentary by Discovery Institute that explores growing evidence from physics, chemistry, biology, and related fields that our universe was designed for large multi-cellular beings like ourselves. Featuring geneticist and author Michael Denton, the documentary investigates the special properties of carbon, water, and oxygen that make human life and the life of other organisms possible, and it explores some of the unique features of humans that make us a truly privileged species. 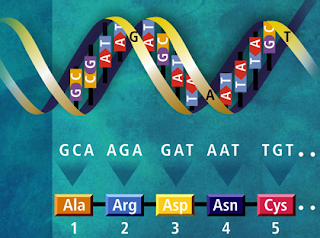 Even the simplest life requires a tremendous amount of genetic information, so the amount genetic information required for the diversity of life in our world is simply unfathomable. Is it reasonable to assume that this information arose through unguided naturalistic processes? Or does the evidence point to an intelligent designer?

The Information Enigma is a fascinating 21-minute documentary that probes the mystery of biological information, the challenge it poses to orthodox Darwinian theory, and the reason it points to intelligent design. The video features molecular biologist Douglas Axe and Stephen Meyer, author of the books Signature in the Cell and Darwin’s Doubt. 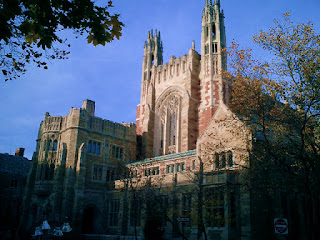 Yale University, one of the nation's most prestigious schools, member of the Ivy League, founded to be a beacon of "Lux et Veritas," and alma mater of five U.S. Presidents, 19 U.S. Supreme Court Justices, hundreds of members of Congress, and several foreign heads of state, lately finds itself a big, warm, fuzzy nest for the ignorant and self-referentially inconsistent.

In less than an hour, satirist Ami Horowitz is able to recruit 50 Yale students to sign a petition seeking to repeal the First Amendment. In case you need a little refresher, the First Amendment states: "Congress shall make no law respecting an establishment of religion, or prohibiting the free exercise thereof; or abridging the freedom of speech, or of the press; or the right of the people peaceably to assemble, and to petition the Government for a redress of grievances."

Yes, that's right. Fifty Yalies just signed a petition to repeal their right to petition. Maybe their new motto could be "Tuta Custodia," except that's in Latin, which is elitist and rude.

If you're in the mood for a cringe-inducing horror show, watch "Ami on the Street: Do We Really Need the 1st Amendment?" highlighting Horowitz's encounters with these "enlightened" minds as they sign their rights away, sincerely thanking Horowitz for the opportunity to do so.

The German philosopher Gottfried Wilhelm Leibniz(1646-1716) was a philosopher, scientist, and mathematician who wrote in seven languages and co-discovered calculus (along with Isaac Newton). One of his arguments for the existence of God may be summarized as follows:


(1) Everything that exists has an explanation of its existence.

(4) The explanation of the universe's existence is God.

As Dr. Lawrence Principe notes, "The idea that scientific and religious camps have historically been separate and antagonistic is rejected by all modern historians of science." Nevertheless, the idea that science and religion are in conflict remains extremely popular, thanks to certain politically motivated works written in the 1800s and a variety of more recent claims (most notably by the "new atheists"). Yet even a brief consideration of the views of the leaders of the scientific revolution and of history's most important scientists shows not only that belief in God has been quite prevalent among scientists, but also that it has been a driving force in their discoveries. This video presents a number of quotes to illustrate the true relationship between science and religion.