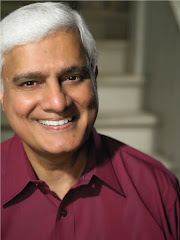 According to Buddhism, the source of suffering is desire. Eliminate desire, and you eliminate suffering. The goal, then, is complete detachment.

When his son was born, the Buddha (Siddhartha Gautama) famously declared: "A fetter has arisen." That is, he perceived his son as an obstacle to his enlightenment. The Buddha then abandoned his wife and child in order to pursue detachment.

Ravi Zacharias compares this response to suffering with the response of Christianity:


"It does not seem accidental that the night Gautama Buddha left his palace to pursue an answer to pain and suffering was the very night his wife was giving birth to their son. In his quest to eliminate suffering, he actually walked out and left his wife alone in the throes of her pain. Contrast this with the God of the Bible, who came into this world Himself in the person of His Son to suffer on the cross, to embrace pain and suffering for the sake of humanity. Buddha walked away from his son and from pain. In Christianity, God is part and parcel of the solution." (Why Suffering?, p. 131)