The Fine Tuning of the Universe 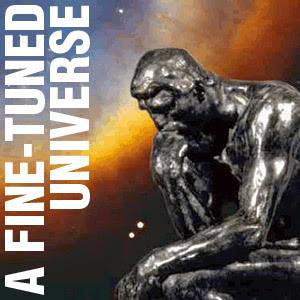 Here's the gist of the Fine-Tuning Argument. In order for you to be reading this right now, the fundamental structure of the universe has to be finely tuned for intelligent life. The forces, principles, and constants of physics, certain physical quantities, the ratios between the masses of atomic particles, and the properties of elements and compounds have to be just right, or you wouldn't exist.

There are only three possible explanations for the fine-tuning of the cosmos: (1) necessity, (2) chance, and (3) design. The constants of physics aren't necessary, and they are too unimaginably improbable and goal-oriented to be the product of chance. Hence, design is the only reasonable explanation.

Here's a short video on the argument: