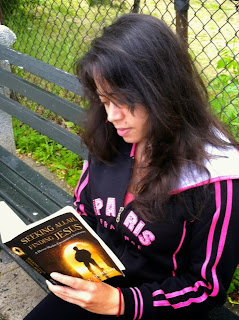 In 2001, I serendipitously joined the Old Dominion University Speech and Debate Team, which is how I met and befriended Nabeel Qureshi, a bright, talented, pious young Muslim pursuing a path towards med school. I first talked to Nabeel when I jumped into the middle of an argument between him and his Christian friend David Wood. They were arguing about the resurrection of Jesus.

Nabeel’s investigations ultimately led him to become a Christian (as did mine, though that’s another story!) Since I’ve been friends with Nabeel for many years and am quite familiar with his testimony (I even married David, if you hadn’t guessed by my last name), I may have hesitated in reading his book. I’m glad I did read it, because it’s one of the best Christian books published in recent years.

If you are seeking an engaging account of how God brought a Muslim to Jesus Christ, then you will find it in Seeking Allah, Finding Jesus. While 300 pages might seem a bit long for a “testimony book,” the captivating story reads quickly as it invites the reader to vicariously experience the life of a devout Muslim (trained practically from infancy to be an apologist for Islam) and the barriers that had to be overcome in order for him to acknowledge and declare the truth about the risen Lord, Jesus Christ.

In Nabeel’s discussion of his childhood and youth, the reader gains the perspective of a young Muslim living in the West. He reveals some of the ways Christianity—in its teaching and practice—is perceived by Muslims, and the criticisms they have towards Christians and Christianity. The depictions of Nabeel’s Christian friends in high school also pinpoint an alarming inability in most young Christians to give a basic defense for what and why they believe. 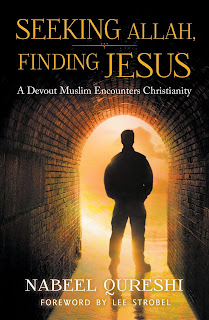 However, this isn’t always the case, as the book goes on to explore Nabeel’s friendship with David, a former atheist, who was convicted of the truth of Christianity by the evidence and who eagerly responds to Nabeel’s challenges to Christianity. The friendship between David and Nabeel creates a trusting atmosphere for these two men to wage an intellectual battle on the most sensitive of topics, and over the course of time (years in fact), Nabeel eventually has to concede that the evidence strongly supports Christian claims about the death, resurrection, and deity of Jesus Christ.

Nabeel’s assertions that the evidence for Islam is still greater than the evidence for Christianity then lead these men to begin closely examining the arguments for Islam. After investigating the serious moral lapses of Islam’s purported highest moral example (Muhammad), as well as other topics, Nabeel’s confidence in Islam begins to wane, but he is still unable to accept Christianity. Instead he faces an intense inner conflict between his hunger to truly know God and his close attachment to his family and to everything he has been taught. Nabeel prays for help from God, and God graciously responds to Nabeel’s fervent prayers by revealing Himself through a vision and three fascinating dreams that direct Nabeel to the Scriptures and to Jesus Christ, resulting in a whole-hearted conversion that changes his life.

Seeking Allah, Finding Jesus is a great book on many levels. It could be used as an introduction to the fundamentals of Islam and apologetics for Christians who want to learn how to interact with Muslims (Nabeel weaves his storytelling with Islamic religious terminology and common practices, and the information is highlighted in sidebars throughout the text and also explained in the glossary). It could also be given away to Muslim friends as a tool for evangelism or to promote discussion. For a Christian apologetics course or a Bible study, the amusing conversations between David and Nabeel could serve as real-life illustrations of Christian-Muslim dialogue.

Through Nabeel’s narrative, many readers will be inspired to reach out to their Muslim friends with the Gospel, and both Christians and Muslims will be motivated to thoroughly examine their own beliefs and their reasons for believing. Former Muslims who have converted to Christianity may find comfort and encouragement as they identify with the same struggles and conflicts Nabeel faced. Best of all, it is simply a wonderful story, eloquently told, which glorifies the Father, the Son, and the Holy Spirit.
Posted by Unknown at 5:05 PM 7 comments:

C.S. Lewis on Science and Religion

Does Science rule out the possibility of miracles? Watch C.S. Lewis tackle the issue of Science and Religion in this clever animated (literally and figuratively) discussion.

Kinesin: The Workhorse of the Cell (Discovery Institute)

Cells were once thought to be simple blobs of protoplasm. As such, many scientists concluded that cells don't require a designer. Now we know that cells contain an array of sophisticated molecular machines. Should we rethink the need for a designer?