William Lane Craig: How Does Faith Relate to Reason and Truth? 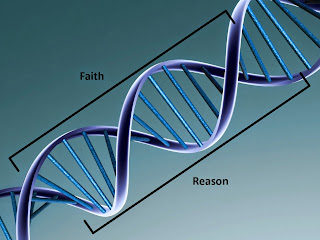 One of the most depressing results of the "New Atheist" movement is that critics of Christianity have been able to convince a large portion of the population that "faith" means "believing something when you have no evidence." (Sadly, critics have gotten some help from certain Christians on this point.) Thanks to this view of faith, Christian claims are often misunderstood. If a Christian says, "I have faith in Jesus," many atheists will interpret this to mean "I believe in Jesus, even though I have no evidence."

This sort of faith has nothing to do with Biblical Christianity. Jesus' disciples had faith in him. Did they have evidence for what they believed? Of course they did. Jesus cured lepers, gave sight to the blind, walked on water, and rose from the dead. Faith in Jesus, for his disciples, could hardly have been a matter of "believing without evidence"!

We're obviously in a different position from the original disciples, but this doesn't mean that our faith is any less grounded in evidence. We have outstanding evidence that God exists and that Jesus rose from the dead. Based on what we know about Jesus, we put our trust in him. This trust is what we mean by "faith." (There is also a supernatural element to faith, as something produced by God, but this sort of faith isn't "blind" either.)

Here's a short clip from William Lane Craig on the relationship between faith and reason.