Is Richard Dawkins Leading People away from Atheism?

Some people are easily swayed by cheap rhetoric, especially when they already despise the target of this cheap rhetoric. Richard Dawkins has been saying what many atheists want to say but often can't (due to pesky things like manners and civility getting the better of them).

Other people, however, are paying close attention to arguments and evidence. Those who do are finding themselves leaving the Dawkins camp. 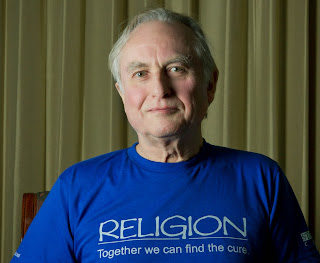 The Telegraph—My schoolfriend Michael – an atheist for decades – rang me the other night and told me he'd returned to the Catholic Church. "And you'll never guess who converted me," he said.

"No! It was Richard Dawkins!"

He explained that he was, and is, a huge admirer of Dawkins the biologist. (I'm with him there: I read The Blind Watchmaker when it first came out and was blown away.) "But then I read The God Delusion and it was… total crap. So bad that I started questioning my own atheism. Then he started tweeting."

Like a loony on top of the bus, no?

Funnily enough, this is the second time in a week that I've heard of Richard Dawkins leading someone to Christ. Let me refer you to an article in The Catholic Herald by Francis Phillips:


Judith Babarsky, an academic … having only a “surface level” understanding of Christianity as she admits, was recommended Richard Dawkins’ The God Delusion to read. She writes that when she began, she thought she would read “a logical, sceptical, nay scientific critique of religion.” Instead, she was surprised to find “strings of pejorative adjectives pretending to be argument, bald assertion pretending to be evidence, an incredibly arrogant attitude and a stance of moral equivalence incapable of distinguishing between the possible strengths and weaknesses of different religions…”

Indeed, Babarsky found Dawkins’ arguments so unsatisfactory, coupled with his own atheistic and fundamentalist stance, that they prompted her to examine for the first time what Christianity was all about. Her examination was to lead to her conversion to Catholicism. “In reading to refute Dawkins as well as educate myself … I discovered the God-man Jesus Christ. Not only did the Catholic view resonate with me emotionally but … it was intellectually honest.”

Here is a link to Babarsky's original article, with its uncompromising title:

If I were a conspiracy theorist, I might conclude that Prof Dawkins secretly converted to Christianity decades ago, and then asked himself: "How can I best win souls? By straightforward argument, or by turning myself from a respected academic into a comic figure fulminating against religion like a fruitcake at Speakers' Corner, thereby discrediting atheism?" (http://blogs.telegraph.co.uk/news/damianthompson/100267804/is-richard-dawkins-leading-people-to-jesus/?fb)