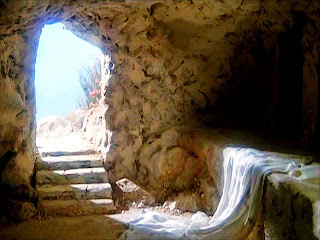 Jesus’ followers were thoroughly convinced that he had appeared to them, risen from the dead. Although scholars certainly don’t all agree that Jesus returned to life, almost everyone does admit that Jesus’ followers believed that they had seen the risen Jesus. Consider a few revealing quotations about about the core conviction of Jesus' disciples:


Gerd Lüdemann: “It may be taken as historically certain that Peter and the disciples had experiences after Jesus’ death in which Jesus appeared to them as the risen Christ.”

E. P. Sanders: “That Jesus’ followers (and later Paul) had resurrection experiences is, in my judgement, a fact.”

A. J. M. Wedderburn: “It is an indubitable historical datum that sometime, somehow the disciples came to believe that they had seen the risen Jesus.”

Bart D. Ehrman: “We can say with complete certainty that some of his disciples at some later time insisted that (a) women from their group went to anoint Jesus’ body for burial and found it missing, and (b) he soon appeared to them, convincing them that he had been raised from the dead.”

But if the evidence shows that Jesus' followers were convinced that he had appeared to them, how did they come to this belief? Can we explain their belief in Jesus' resurrection appearances by appealing to hallucinations?

Unfortunately for hallucination theorists, Jesus appeared to men and to women, to individuals and to groups, to friends and to enemies, in a variety of different locations and circumstances, ruling out hallucinations as a serious explanation.