Are We Ready to Deny Objective Morality? 3 Implications of Doing So... 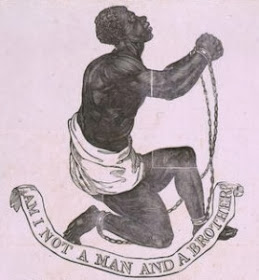 The idea that we’re living in a culture of relativism seems to be uncontested and accepted without question. Post-modernists and relativists assume that we've progressed past the rigid constraints of ‘truth’, ‘falsity’, ‘reason’, and other oppressive concepts that actually undergird the fabric of rationality in the universe. However, I’m not convinced that we are truly living in a relativistic society—we still express outrage at moral injustices. This gives me hope that the West acknowledges some moral truths and is unwilling to deny objective morality. We are not ready to collapse into moral relativism because doing so would result in consequences that are simply impossible to live with.

If we deny objective morality:

These are true statements. They are not simply expressions of our subjective likes and dislikes. When a man rapes a woman, he is not merely acting contrary to our sensibilities, he is breaking a moral rule that holds true regardless of our opinions and judgments. But if we say that there is no objective morality, we obliterate our grounds for saying that anything is ‘right’ or ‘wrong’. Morality becomes reduced to ‘I like that’ or ‘I dislike that’. You like vanilla but I like chocolate. It makes no sense to say that vanilla is objectively better than chocolate because ice cream is a matter of preference. In the same way, when we deny objective morality we can only say things like, ‘I dislike rape’. Our likes and dislikes cannot bear the weight of providing justification for moral judgments. Who are you to enforce your preferences on others?

Social Reformation can only happen when a society improves its morals. When slavery was outlawed in the US, moral progress took place. When a nation outlaws the execution of gays, that is moral progress. When a nation outlaws human trafficking and child prostitution, that is social reformation. We use the terms ‘progress’ and 'improvement' to denote an upgrade in the moral status of a society. ‘Progress’ entails betterment. But ‘progress’ is only meaningful when we are appealing to a standard; otherwise, why not call these simply social ‘changes’? Yes, changes are taking places in these societies, but what makes these changes better? We call them reformations because wrong actions that were once accepted and endorsed by societies, have now become outlawed. But again, we are appealing to ‘right’ and ‘wrong’. And we can't do that if morality is simply a human or social construct.

3. The Problem of Evil Disappears

Lastly, the Problem of Evil hinges on the existence of evil. Raping women, executing gays, and forcing children into prostitution are moral evils. Thus, when we get rid of ‘rightness’ and ‘wrongness’ we disavow the Problem of Evil as meaningless for the problem only makes sense if there really are such things as good and evil—right and wrong. If evil is simply a social construct subject to the predilections and preferences of individuals, then we cannot speak meaningfully about injustices and evils because they don't really exist. There is no more Problem of Evil.

There's much more that can be said about what would be lost if we give up the idea of objective morality but it seems that, at least for now, despite our relativistic proclivities in Western society, we do understand that there really are right and wrong actions--certain things really are moral or immoral. And for that, we should be grateful.
Posted by Paul Rezkalla at 12:42 PM