5 Common Objections to the Moral Argument 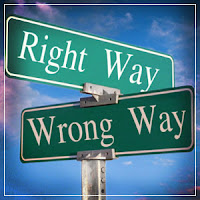 The Moral Argument for the existence of God has been graced with a long tradition of defense from theistic (and atheistic!) philosophers and thinkers throughout the history of Western thought…and a long tradition of misunderstandings and objections by even some of the most brilliant minds. To be fair, the argument is not always as intuitive as theists like to think it is. Essentially, the moral argument seeks to infer God as the best explanation for the objective moral facts about the universe.
One of the more popular formulations is as follows:

There are a host of common objections that are usually blown in the direction of this argument, but for the sake of brevity, I will only deal with five.

1. “But I’m a moral person and I don’t believe in God. Are you saying that atheists can’t be moral?”

The moral argument has nothing to do with belief in God. No proponent of the moral argument has ever argued that an individual cannot be moral unless they hold belief in God. Rather, the argument deals with grounding, or substantiating, objective morality. If God does not exist, then there can be no basis for objective morality. Sure, atheists can be moral. In fact, I know several atheists who are more moral than some theists! The issue of belief is not pertinent to the argument. The argument simply highlights the fact that there must be a basis– some kind of standard–that is outside of ourselves, in order for there to be objective morality. This objection makes a category error of confusing a question of moral ontology (Is there a moral reality?) with moral epistemology (How do we come to know or believe in the moral reality?).

2. “But what if you needed to lie in order to save someone’s life? It seems that morality is not absolute as you say it is.”

We’re not talking about absolute morality here. There is an important difference  between  absolute  and objective. Absolutism requires that something will, or must, always be the case. Objectivity simply means ‘mind-independent’ or ‘judgement-independent’. When I argue for objective morality, I’m not arguing that it is always the case that lying or killing are wrong; the moral argument does not defend absolute morality. Rather, it contends that there is a standard of morality that transcends human opinions, judgments, biases, and proclivities. Let’s suppose that some nation today decreed that everyone of its homosexual citizens would be tortured to death simply for being homosexual; it would still be the case that, ‘It is wrong to torture homosexuals to death simply for being homosexual’.

The statement, ’It is wrong to torture homosexuals to death simply for being homosexual’ is true, regardless of whether or not anyone believes it to be true. This is what is meant byobjective.

3. ‘Where’s your evidence for objective morality? I won’t believe in anything unless I have evidence for it.’

4. ‘If morality is objective, then why do some cultures practice female genital mutilation, cannibalism, infanticide, and other atrocities which we, in the West, deem unacceptable?’

There can be two responses given here:

The first response is that even though not all cultures share the exact same moral facts, most embrace the same, underlying moral values. For example, there are certain tribes that practice senicide (authorized killing of the elderly) due to their belief that everyone in the afterlife will continue living on in the same body that they died with. Thus, in order to ensure that those in the afterlife are capable of hunting, swimming, building houses, etc., the elderly are killed before they become too old to take care of themselves. This act is done with the well-being of the elderly in mind. The moral value that we hold in the West- ”The elderly are valuable and must be taken care of”- is also accepted by these tribes, even though their facts are slightly (well, maybe more than slightly) off.

The second response is that some cultures do, in fact, practice certain things that are straight up morally abominable. Cultures that practice infanticide, female circumcision, widow burning, child prostitution, etc. are practicing acts that are repulsive and morally abhorrent. When a man decides to have his 6-year old daughter circumcised or sold into prostitution, that is not a cultural or traditional difference that we should respect and uphold, rather these are atrocities that need to be advocated against and ended. The existence of  multiple moral codes does not negate the existence of objective morality. Are we to condone slavery and segregation since they were once allowed under our country’s moral code? Of course not. We condemn those actions, and rightly so.

Take the example of Nazi Germany: the Nazi ideology consented to the slaughter of millions, but their actions were wrong despite them thinking that they were right. Tim Keller summarizes this point succintly:


The Nazis who exterminated Jews may have claimed that they didn’t feel it was immoral at all. We don’t care. We don’t care if they sincerely felt they were doing a service to humanity. They ought not to have done it. We do not only have moral feelings, but we also have an ineradicable belief that moral standards exist, outside of us, by which our internal moral feelings are evaluated.

Simply because a society practices acts that are contrary to what is moral does not mean that all moral codes are equal. Moral disagreements do not nullify moral truths.

5. ‘But God carried out many atrocities in the Old Testament. He ordered the genocide of the Canaanites.’

For starters, this isn’t really an objection to the moral argument. It does not attack either premise of the argument. It is irrelevant, but let’s entertain this objection for a second. By making a judgement on God’s actions and deeming them immoral, the objector is appealing to a standard of morality that holds true outside of him/herself and transcends barriers of culture, context, time period, and social norms. By doing this, he/she affirms the existence of objective morality! But if the skeptic wants to affirm objective morality after throwing God out the window, then there needs to be an alternate explanation for its basis. If not God, then what is it? The burden is now on the skeptic to provide a naturalistic explanation for the objective moral framework.
Posted by Paul Rezkalla at 6:58 AM