So the lack of empirical evidence for Darwin's notion of slow, incremental evolutionary change demonstrated in the Cambrian explosion, while significant in itself, may not be as devastating as the deeper doubt he expressed to Graham nine months before his death. What a sad note upon which to conclude one's life -- in the end, his own theory negated itself!
The epistemological nihilism inherent in Darwin's theory ultimately becomes the refutation of every Darwinist. If we are the chance products of Darwin's undirected processes from our purported ape-like ancestors, what possible convictions could any of us have regarding our own "certainties"?
Others before me have noted the self-refuting nature of Darwinism, but it is worth remembering that the Cambrian explosion wasn't Darwin's only doubt. Intellects governed by Darwin's "law of higgledy-piggledy," as the great astronomer John Herschel once called it, cannot speak with much conviction about anything. In a "higgledy-piggledy" world, what are the standards of objective truth for the "convictions of a monkey's mind"?
-Michael Flannery
- See more at: http://www.evolutionnews.org/2013/07/darwins_other_d074911.html#sthash.2I97ZzG1.dpuf
Posted by Paul Rezkalla at 4:06 PM 1 comment:

What is the Euthyphro Dilemma?


-Is something good because God wills it?

-Does God will something because it is good?

Posted by Paul Rezkalla at 1:15 PM No comments: 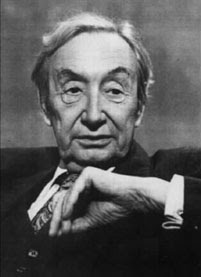 Sir Alfred Jules Ayer (A. J. Ayer to most of us, but "Freddie" to those who knew him) was one of the greatest philosophers of the 20th century, remembered primarily for his defense of the (now discredited) verification principle associated with Logical Positivism. Ayer was also one of the century's premier defenders of atheism, regarding the statement "God exists" as meaningless (though also regarding the statement "God does not exist" as meaningless). He debated the Jesuit philosopher Frederick Copleston, with whom he eventually became close friends.

In 1988, while hospitalized for pneumonia, Ayer choked on a piece of fish, went into cardiac arrest, and was dead for four minutes. After being revived, he wrote about his experience in an article titled "What I Saw When I Was Dead":

. . . The only memory that I have of an experience, closely encompassing my death, is very vivid.

I was confronted by a red light, exceedingly bright, and also very painful even when I turned away from it. I was aware that this light was responsible for the government of the universe. Among its ministers were two creatures who had been put in charge of space.

These ministers periodically inspected space and had recently carried out such an inspection. They had, however, failed to do their work properly, with the result that space, like a badly fitting jigsaw puzzle, was slightly out of joint.

A further consequence was that the laws of nature had ceased to function as they should. I felt that it was up to me to put things right. I also had the motive of finding a way to extinguish the painful light. I assumed that it was signaling that space was awry and that it would switch itself off when order was restored.

Unfortunately, I had no idea where the guardians of space had gone and feared that even if I found them I should not be able to communicate with them.

It then occurred to me that whereas, until the present century, physicists accepted the Newtonian severance of space and time, it had become customary, since the vindication of Einstein's general theory of relativity, to treat space-time as a single whole. Accordingly, I thought that I could cure space by operating upon time.

I was vaguely aware that the ministers who had been given charge of time were in my neighborhood and I proceeded to hail them. I was again frustrated. Either they did not hear me, or they chose to ignore me, or they did not understand me. I then hit upon the expedient of walking up and down, waving my watch, in the hope of drawing their attention not to my watch itself but to the time which it measured. This elicited no response. I became more and more desperate, until the experience suddenly came to an end. . . .


Ayer's story spread rapidly, and he ended up downplaying the impact the experience had on him. However, Dr. Jeremy George, who was attending Ayer the night of his temporary death, suggested that Ayer's Near-Death Experience affected him much more deeply than he later let on. Dr. George describes his exchange with Ayer:

Very discreetly, I asked him, as a philosopher, what was it like to have had a near-death experience? He suddenly looked rather sheepish. Then he said, "I saw a Divine Being. I’m afraid I’m going to have to revise all my various books and opinions."

J. P. Moreland on the Argument from Consciousness

Posted by David Wood at 4:27 PM No comments:

William Dembski on the Argument from Consciousness

Posted by David Wood at 1:41 PM No comments:

The Supremacy of Christ

Taken from a sermon by John Piper.

Email ThisBlogThis!Share to TwitterShare to FacebookShare to Pinterest
Labels: Jesus

What Is the Central Message of the Bible?

The Bible is a collection of 66 books spanning more than 14 centuries of writers. Not surprisingly, it contains stories about numerous people and addresses a variety of topics. But is there a central message in the Bible that runs through all 66 books? D. A. Carson answers:

Email ThisBlogThis!Share to TwitterShare to FacebookShare to Pinterest
Labels: Bible, D. A. Carson

Why Are There So Many Translations of the Bible?

There are dozens of Bible translations available in English. However, since these different translations are often called "versions," some people think that Christians have Bibles on their shelves with completely different teachings.

Nothing could be further from the truth. Any translation of the traditional Christian canon will have the same 66 books (39 in the Old Testament and 27 in the New Testament), and any accurate translation will feature all of the major doctrines associated with Christianity.

In the following video, Ed Gravely discusses whether having numerous Bible translations is a problem for Christians.

In the following videos, New Testament scholar Daniel B. Wallace explains why we can trust the New Testament manuscripts in our possession.