Many are quick to label a person who strays from his or her marriage or relationship as a "cheater," but it's really not that simple. It's time for our culture to wake up and smell the sex pheromones: monogamy is not natural for many, or probably even most, humans. With people living longer than ever before, a greater tolerance toward the human impulse to experience sexual variety is needed. Whether a person succeeds at being sexually monogamous depends as much on biology as environment.History and biology suggest that strict monogamy, which has social advantages, is not a "one size" fits all proposition...Human monogamy is influenced by many factors. Instead of pointing fingers or acting morally superior toward those who stray from marriages, we should recognize that strict sexual fidelity is a lofty but perhaps fundamentally doomed aspiration. No two individuals, and no two couples are alike, and we should respect that.

Read the rest of the CNN article here. 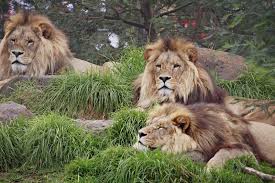 Since when does society take its cues from animals? Animals eat their young, practice forcible copulation, enslave weaker species, and perform other behaviors that we would find morally reprehensible if done by human beings. Monogamy has always been something that set human beings apart from the animal kingdom. Monogamy reflects our rationality and ability to know and live by objective moral truths. If a man decided to cheat on his wife of 20 years, we would call him a horrible, senseless jerk! And with good reason. We understand that morality trumps our natural proclivities and inclinations. When we allow our evolutionary tendencies to dictate our morality, we end up with no morality whatsoever. Evolutionary-beneficial behaviors often conflict with what we know to be moral truths. Should we then reshape and redefine our moral truths? Of course not. Rather, we should abandon the notion that 'gene makes keen'. Biological tendencies do not necessarily coincide with moral truths.
Posted by Paul Rezkalla at 8:26 AM