The Trouble with Richard Dawkins

He says that the God Delusion makes him ashamed to be an atheist.

Posted by Paul Rezkalla at 9:58 AM No comments:

Posted by Paul Rezkalla at 10:52 AM No comments:

The new movement of 'ALincolnism' is an attempt to show the nonsensical argumentation (if you could even call it that) of the New Atheists. This is a great article on using the same standards the New Atheists use in order to argue for Abraham Lincoln's non-existence.

The implications of Lincoln’s existence are potentially profound for how we understand American history, the nature of slavery, and whether or not America should remain as one country, or divide again into North and South.
So today I’d like to draw your attention to a new group. We call ourselves “the aLincolnists” and I am proud to be associated with these freethinking, rational skeptics. We’ve taken our inspiration from the most impressive thinkers of our time: the New Atheists.

Having carefully studied the works of Richard Dawkins, John Loftus, Sam Harris, Richard Carrier, Daniel Dennett, P.Z. Myers, and Christopher Hitchens, we are utilizing their brilliant insights into the study of religion to break ground in new academic disciplines. For far, far too long these formidable scholars have been ignored, disrespected, and unfairly boxed into the narrow study of musty old religions. But it is our conviction that their paradigm-busting scholarship should lead us to new discoveries in other fields!

The time has come. Let’s admit it: Belief in Abraham Lincoln is the most malevolent of all mind viruses. So it is critical that all reason-loving skeptics finally acknowledge that Abraham Lincoln never existed.

Here are some of the arguments that have been carefully developed and are now being shared around the world (continue reading here...)

Posted by Paul Rezkalla at 8:53 AM No comments:

The Cause Doesn't Have to Be God!

When confronted with the cosmological argument, some atheists will grant that the universe has a cause but then argue that the cause doesn't have to be God.


We can deduce some attributes of the 'first cause':


Craig illustrates, in his debate with Dr. Lewis Wolpert, quite cleverly (and with some hilarity), why the cause of the universe must be God by virtue of the properties attributed to it!

Posted by Paul Rezkalla at 8:35 AM No comments:

Objections to the Cosmological Argument

The Cosmological Argument is a powerful argument for the existence of God. Different versions of it have been defended by Plato, Aristotle, Al-Ghazali, Aquinas, Leibniz, Clarke, and in our day by William Lane Craig.

Here is Craig's version of the Cosmological Argument:

1. Everything that begins to exist must have a cause.

2. The universe began to exist.

3. Therefore, the universe has a cause.

In this short video, Craig explains and answers objections to the cosmological argument by 'Eastwooding' Richard Dawkins.

Alvin Plantinga: What Role Do Presuppositions Play in Our Worldviews?

Evidence rarely speaks for itself. In most cases, data must be interpreted, and our background beliefs will affect how we interpret this data. Hence, when we conclude that a certain hypothesis or theory is true or false, our conclusion has a lot to do with the presuppositions we already had. This means, of course, that if we begin with false presuppositions, we're at much greater risk of reaching false conclusions.

In this short video, Alvin Plantinga discusses the role of presuppositions in a person's worldview.

Posted by David Wood at 6:03 AM No comments:

William Lane Craig: Can We Be Good Without God?

Belief in God is obviously not required to perform moral actions. An atheist can be generous, kind, loving, and so on. But if God does not exist, there is no source of objective moral values and duties, so nothing is really good or bad without God. That is, while an atheist can be generous, kind, and loving, these characteristics are no more objectively good than stinginess, cruelty, and hate, if atheism is true. Hence, while the atheist can do good things without belief in God, no one can be good without God. William Lane Craig explores the issue:

Posted by David Wood at 3:51 PM No comments: 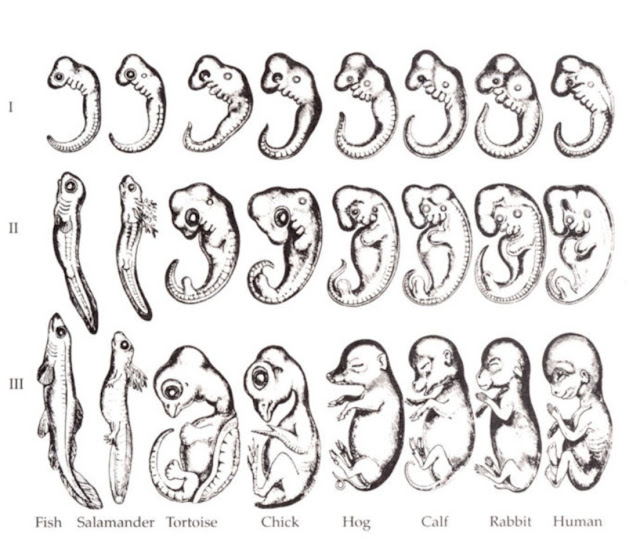 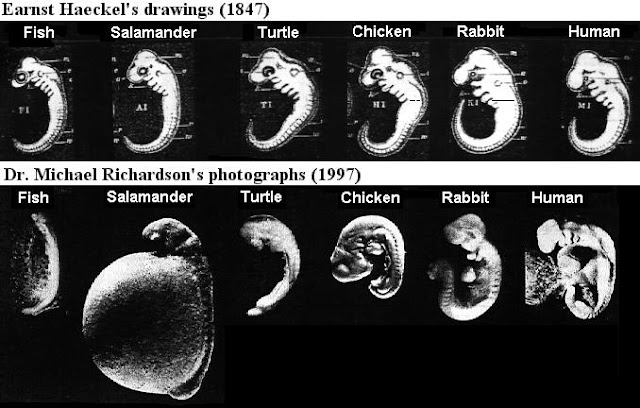 Charles Darwin on the Argument from Reason 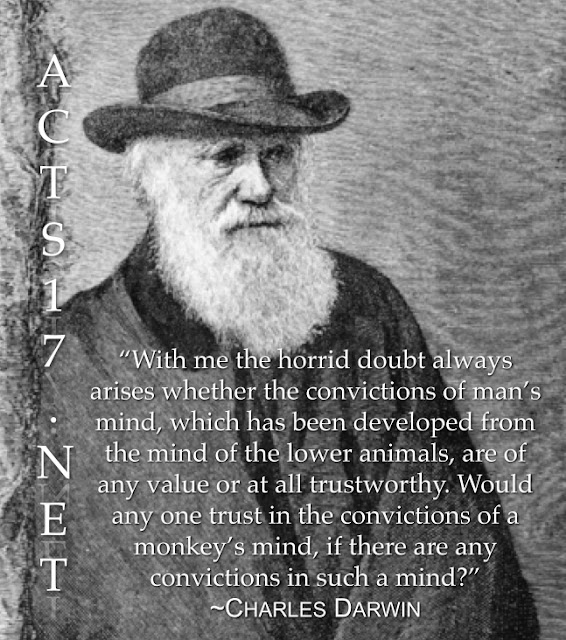 For more on the Argument from Reason, click here.
Posted by David Wood at 10:45 PM No comments:

Some critics of Christianity like to pretend that there was no real orthodoxy in the first century, and that many different versions of Christianity were popular until one version came to dominate in the fourth century. Unfortunately for fans of this pluralistic picture of early Christianity, the evidence shows that orthodoxy can be traced back to the time of the apostles. Darrell Bock explains:

Posted by David Wood at 1:10 PM No comments:

Ian McCormack was still an atheist when he was stung by five Box Jellyfish while diving near an island in the Indian Ocean. Although he was pronounced clinically dead at the hospital, he remained conscious, separated from his body. In this CBN interview, he describes his experience.

John Lennox is Professor of Mathematics in the University of Oxford, Fellow in Mathematics and the Philosophy of Science, and Pastoral Advisor at Green Templeton College, Oxford. He is also an adjunct Lecturer at Wycliffe Hall, Oxford University and at the Oxford Centre for Christian Apologetics and is a Senior Fellow of the Trinity Forum. (Click here for more on Professor Lennox.)

In this lecture, he discusses a variety of issues related to the topic "God: Fact or Fiction?"

Posted by David Wood at 4:15 AM No comments:

D. A. Carson: How Can We Trust the New Testament Canon?

Michael Behe: What Are the Limits of Darwinism?

Random mutations, differences within populations, and natural selection are all well established features of the biological world. But can these features account for the complexity and diversity of life? Are there limits to Darwinism? Biochemist Michael Behe answers.