What Is the Argument from Reason?


The Argument from Reason is a collection of arguments that attempt to move from some fact about human reason to some claim about worldviews. Since human beings use our reasoning ability regularly, it is all too easy to ignore (a) the metaphysical implications of reliable cognitive faculties, and (b) the skeptical implications of an atheistic worldview.

But this response fails for a number of reasons. Consider, for instance, another version of the Argument from Reason.


Apart from defeating Naturalism, the Argument from Reason may also be used to support Mind-Body Dualism (by showing that reason must include something non-physical) and Theism (via a version of the Design Argument).

For more information on the Argument from Reason, see (in this order, if possible):

The Magician's Twin: C.S. Lewis and the Case against Scientism

More than a half century ago, famed writer C.S. Lewis warned about how science (a good thing) could be twisted in order to attack religion, undermine ethics, and limit human freedom. In this documentary, "The Magician's Twin: C.S. Lewis and the Case Against Scientism," leading scholars explore Lewis's prophetic warnings about the abuse of science and how Lewis's concerns are increasingly relevant for us today.

Greetings! The old Acts 17 site was a Flash site, and I didn't know how to keep it updated. I'm in the process of switching everything over to Google Blogger (which I know how to use), but I'm busy working on several projects, so it might take a while to get things running. Please check back soon!
Posted by David Wood at 8:37 AM No comments:

Posted by David Wood at 6:10 PM No comments: 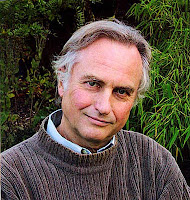